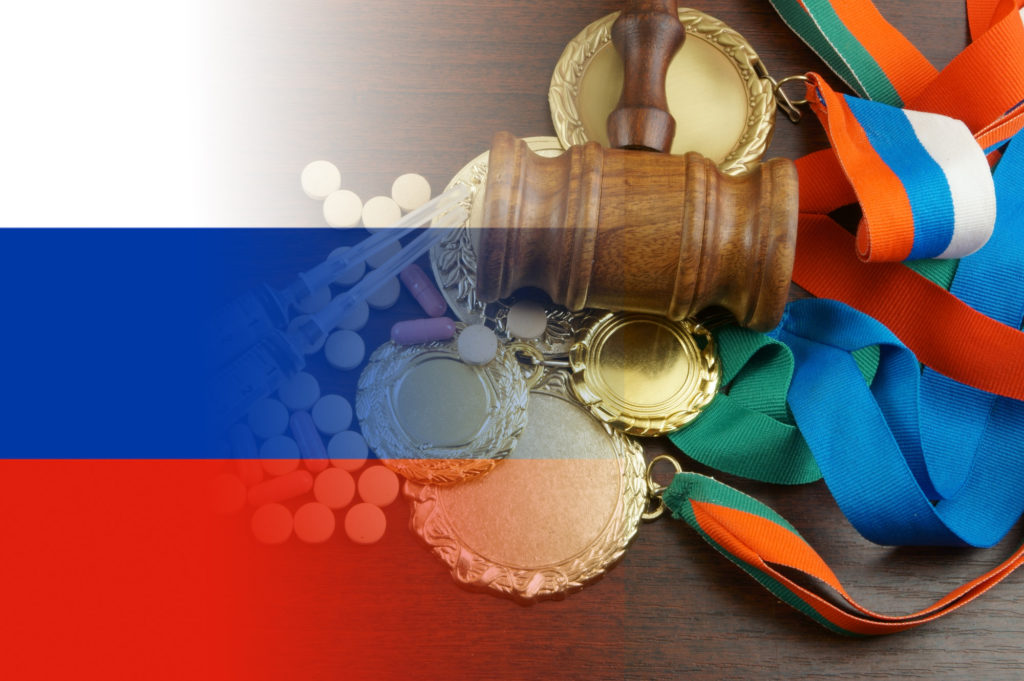 One of the things that the Games of the XXXI Olympiad in Rio de Janeiro were marked by is a large-scale disqualification of Russia’s sportsmen. From a sports event it has changed into a political scandal, and it is the first big scandal in the history of the Olympics of the 21st century. But even under the unprecedentedly high international pressure sports officials managed to refrain from a complete disqualification of Russia’s sportsmen. (The strength of this pressure became obvious when the International Paralympic Committee completely disqualified Russia). Russia’s sportsmen showed good results in Rio and the Olympics closed proving that politics is an integral part of the Olympic Movement.

The thing that is always emphasized is a non-political, peaceful nature of the Olympics, but Pierre de Coubertin and other forefathers of the Olympic Games were, to some extent, driven by political motives. Firstly, in 19th century people believed that the Olympics would promote international communication and, thus, contribute to international peace building. It is a foreign policy aspect. Secondly, as for internal policy, heroes of the Olympics were supposed to encourage their fellow citizens to do sports and promote a healthy lifestyle.

However, despite all the plans, the Olympic Games and some other similar projects did not help to prevent the humanity from two world wars. Moreover, during the Inter-War Period the Olympics became a new form of competition between the most powerful states. The most vivid example of this is the Cold War period when two rival sides refrained from armed standoff but competed in full view of millions of people watching the Olympics.

It seems that since a quarter of century has passed after the end of the Cold War there should be less political competition at the Olympics. Of course, being the biggest international activity involving living people, the Olympic Games could not completely exclude the influence of politics, but when the Cold War ended the hope emerged that the event would no longer be a reason for geopolitical polemic.

But this is exactly the thing that happened to the Rio Olympics. Pierre de Coubertin considered Olympians to be the ambassadors of their nations, numerous Western critics of Russia without a shadow of a doubt adjudged them to be the representatives of the Russian state and used some cases of taking dope at the previous Olympic Games to run a campaign to completely disqualify Russia’s sportsmen.

Much noisy polemic did not allow to calmly size up the situation and now when the Olympics have closed it’s time to analyze what happened. Definitely the charges against Russia are very serious and doping on its own distorts the sense of sport. But the supporters of the complete disqualification have not provided any arguments for their stance. For sure, those sportsmen who were brought home to take dope should be punished as severely as possible (suggestions of a lifetime disqualification of such athletes should be paid the highest attention). But if sportsmen had been punished and served the period of disqualification or if they are just suspected of taking dope, what is the rationale for preventing them from participating?

Numerous admirers of Richard McLaren and his commission for some reason did not pay attention to the major result of its work (actually commission’s representatives do not advertise this result). The result is that the commission, if it has monopoly on truth, in fact stated the failure of the whole international anti-doping system. So, not only sportsmen and coaches, who took dope, and Russian sports officials (whether their quilt is proved is still a question), but also the World Anti-Doping Agency, the staff of the sports federations responsible for the issue and, perhaps, even the International Olympic Committee that was not able to nail Russians should be punished. But this aspect of McLaren’s commission work slipped the attention of those who fought against Russia’s sportsmen…

Instead, it turned out that for the critics national affiliation is a sufficient warranty for a disqualification. However, the fact remains: while a boycott of Sochi Olympics was just a dream of Russia’s professional critics, this time Russia’s sportsmen were not allowed to take part in the Rio Olympics. Even though the International Olympic Committee proved that it is a serious institution that does not unquestionably follow reactionary slogans, sports federations that take decisions about disqualifications and the International Paralympic Committee could not ignore the chorus of Russia’s critics.

While analyzing the speeches of the latter, one should pay attention to two things. Firstly, when listening to angry philippics about the alleged total doping of Russia’s sportsmen, it is difficult to get rid of an impression that the surname of the sportsman who annoys the “investigators”, “attorneys” and “judges” of Russia’s sport most of all, mentioned in their speeches more often than others is Putin (even though Russian President’s surname was not mentioned in McLaren’s report).

Secondly, many critics should be recommended to have a look at the recent history of sport of their own countries to understand that sportsmen and coaches’ interest in doping is annoying but still quite typical. There are many examples: Germany’s doping program, numerous “heroic” pages of American sport – from systematic doping in baseball to a non-disclosure of American sportsmen positive tests at the Olympics in Seoul, from disqualifications of American athletes to a “glorious” career of Lance Armstrong, who was awarded the title of the best American sportsmen four times.

From this point of view, combatting doping is an unceasing, hard work. And if Russia has problems in this sphere, it is more worthwhile to stand for making this combat more efficient instead of standing for a complete disqualification of Russia’s sportsmen. Both on international level and domestically Russian sports officials were hardly happy with a significant cut-off of Russia’s delegation to Rio, so there is a good reason to believe that the number of positive doping tests of Russia’s sportsmen at the competitions of all levels will decline soon.

Returning to a campaign for a disqualification of Russia’s sportsmen from the recent Olympics let us mention one more fact: towards the closing of the Olympics the President of the International Olympic Committee Thomas Bach in one of his interviews said that he understood how difficult it was for Russia’s sportsmen to miss the Olympics and compare their situation with that of Germans who did not take part in the Olympic Games in Moscow because they were boycotted by the West Germany. There is no doubt that this Bach’s statement was the most honest: Germans did not come to Moscow for political reasons, so, does the highly-regarded president really think that Russians also were not allowed to Rio for political reasons? Moreover, did these reasons really contributed to a complete disqualification of Russia’s athletes from the Paralympic games? These and many other questions, let alone answers to them, can not be reconciled to the high-minded and on paper non-political nature of the Olympic and Paralympic Movements…

Rio Olympics have closed. Those Russians who managed to come to Brazil demonstrated what they deserve. Under the enormous political pressure and with a reduced team they come fourth in an informal team classification being ahead of a number of wealthy countries with the long-standing traditions of sporting wins including Japan, France and Germany. Once again Russia’ s team demonstrated that there are champions among all the nationalities of the multi-ethnic country, that having lived through a severe crisis caused by the dissolution of the Soviet Union Russia’s sport is being developed, sportsmen can achieve impressive results in the disciplines that are new to them: archery, beach volleyball or sailing. And all this was happening against the background of the endless doping tests. There is no doubt that within four years before the Olympic Games in Tokyo Russia will train new athletes who will become champions despite all political intrigues, since the Olympic Games without politics are likely to be just a beautiful utopian dream.